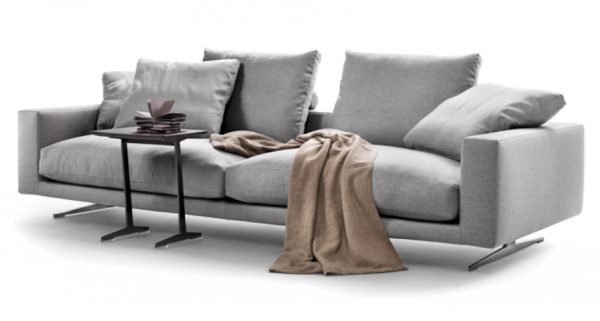 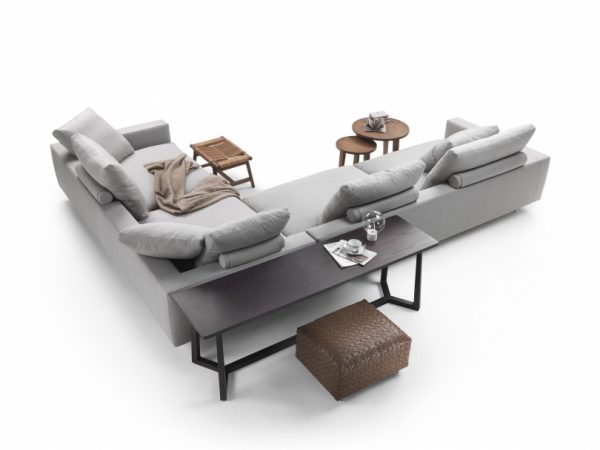 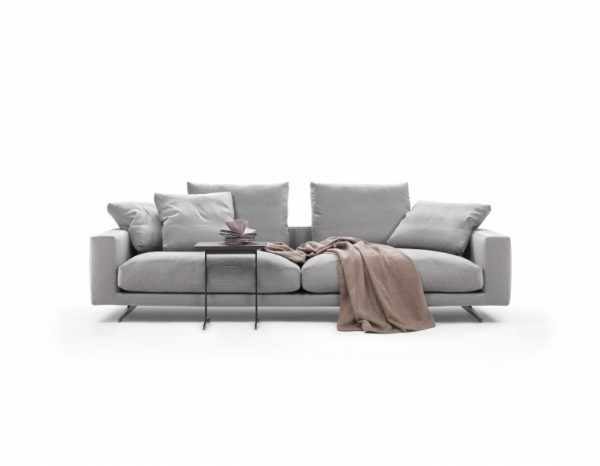 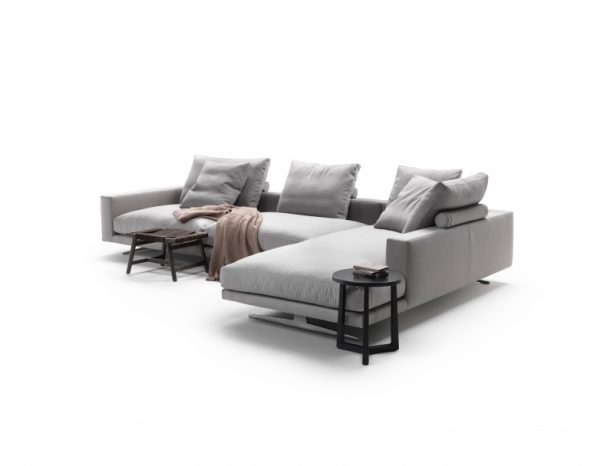 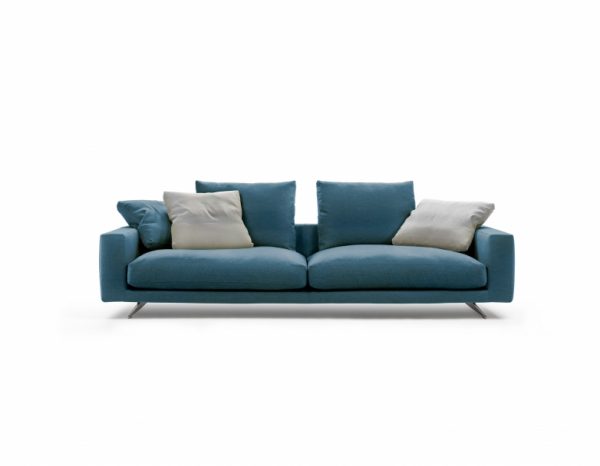 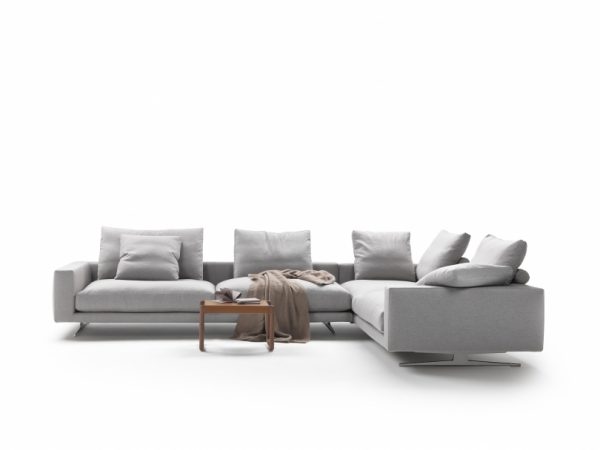 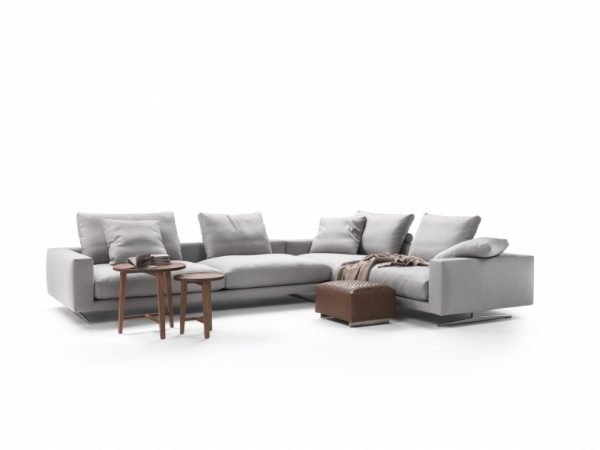 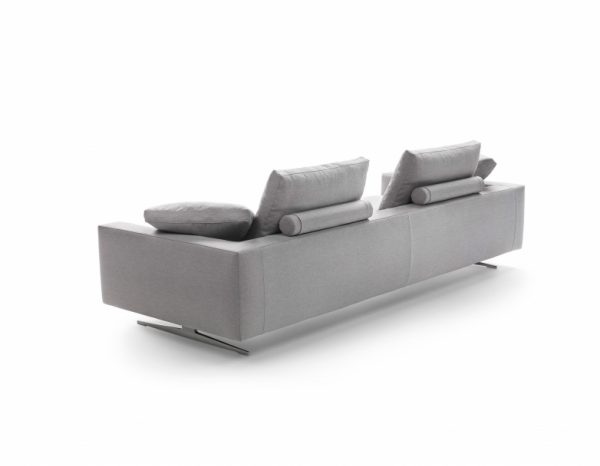 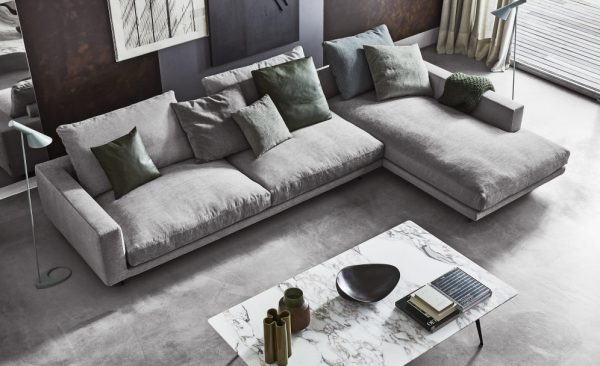 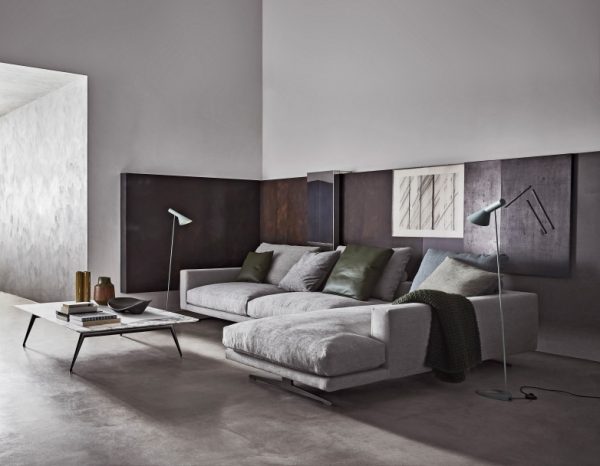 Hringja Senda tölvupóst Senda skilaboð
Campiello is the most recent addition to the exceptional family of sofas designed by Antonio Citterio for Flexform. Like its predecessors, it combines clean, uncluttered lines with a promise of inviting warmth and amazing softness. The seat cushions are made with a core insert in crushproof material wrapped in a generous, soft layer of goose down. The seat back cushions are also filled with goose down to magnify the feeling of enveloping softness and are available in versions with or without roll cushion to achieve different aesthetic and ergonomic effects. The version with roll cushion provides greater back and neck support. The sofa sits on an elegant cast aluminum base painted gray or bronze, or with satin, chromed, burnished, black chrome or champagne finish. The Campiello sofa’s versatile personality allows it to fit confidently in any setting, from classic to contemporary, and is equally at ease upholstered in any of the fabrics and leathers in the Flexform collection. 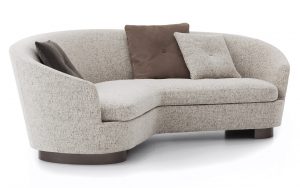 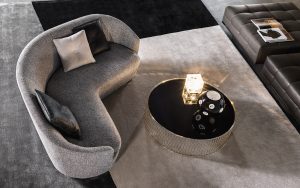 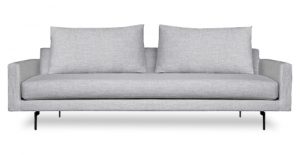 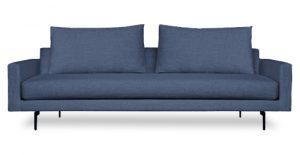 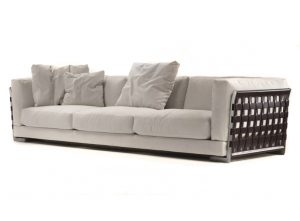 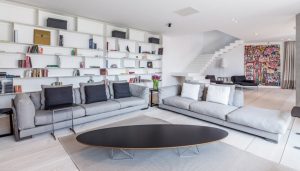